The Mercalli scale measures the intensity of an earthquake. This scale is used by insurance companies and local planning commissions in urban areas. Local planning commissions use the scale to determine regulations that need to be in place so people have homes that are safe during earthquakes. Insurance agents use the scale to determine the cost of earthquake insurance to people living in the area. 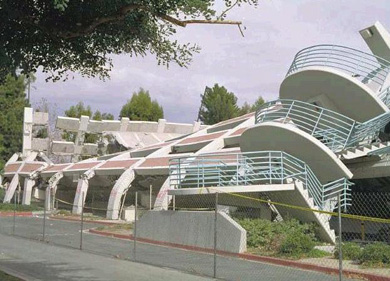 Uses of an intensity scale

Mercalli devised his scale to study the effects on buildings and other structures. The scale is used to assess the damage after an earthquake. The scale looks at areas surrounding the epicenter and a series of rings are drawn around the epicenter on maps.

Surveys are sent out to people living in areas where destruction took place. The surveys ask people about damage to their homes and other structures where they live. Engineers and other scientists report damage to large buildings, dams and other major structures.

It does not matter whether you live at the epicenter or a thousand miles away the news reports would list the earthquake with the same magnitude. Mercalli felt the need to devise a scale to show how an earthquake's effects diminished as you moved away from the epicenter.

The intensity scale listed the hardest hit areas as IX showing major structural damages in those areas. A major parking structure collapsed at the University of California during the earthquake.

The damage to structures and costs to rebuild has been estimated between $20 and $25 billion. The Richter scale measured the quake as a magnitude 6.7 which seemed low to people living in the area.